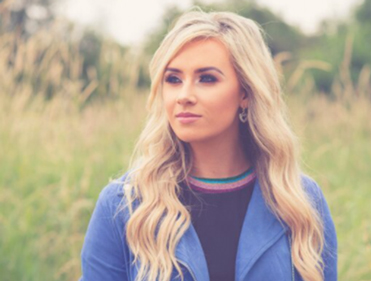 Carville has four older brothers, and her father taught her three guitar chords; soon afterwards, she began teaching herself with her father’s old guitar books.

She began performing solo at the age of 15 playing gigs around Northern Ireland.

By the age of 16 she had started songwriting and was first introduced to the Panart’s Belfast Nashville singer-songwriters Festival.

In 2014 she played her first band performance at the Panart’s Belfast Nashville festival and was one of the four chosen singer songwriters to showcase their music in Nashville, Tennessee.

Triona performed in the Bluebird Cafe and on the Music City Roots show during her stay in Nashville Tennessee along with Panart’s.

Her version of “Shining Light” also featured on the 2015 Power NI electricity’s television and radio campaign. In 2015 Triona toured and opened for Westlife’s former band member Brian McFadden on his UK and Ireland tour.

She was also invited by Northern Irish Singer Songwriter van Morrison to open for him at his show in the 3Arena, Dublin. Triona also had the privilege of playing alongside top artists Kodaline, Gabrielle Aplin, Gavin James, Hudson Taylor and The Coronas at the 2015 Christmas Ruby sessions in Dublin.

In 2016 Carville toured and opened for Liverpool-born country singer Nathan Carter on his “Stayin’ up all night” tour around the UK and Ireland and also opened for Carter at his Concerts in the London Palladium and Live at the Marquee, Cork to 5000 people.

Fill in our Proposed Booking Form for Triona for your next event, function or party